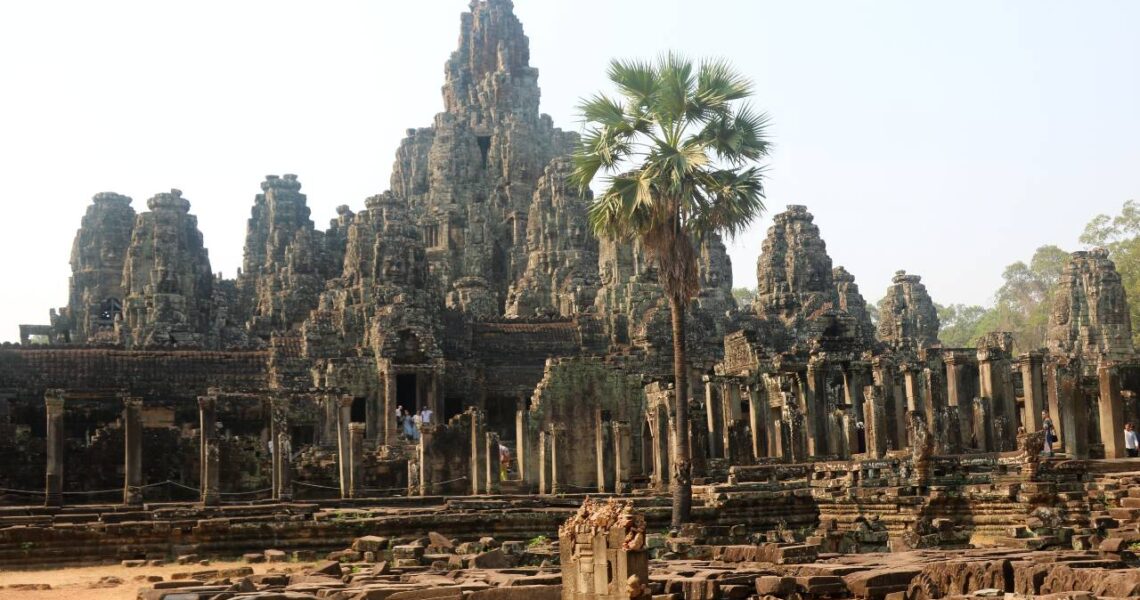 Are culturally strong countries a natural choice for tourism

There are a million reasons to travel – sampling new food, exploring a new destination’s natural landscape or beaches, wildlife, hiking, trekking or adventure – but experiencing the culture of another country ranks high on the reasons to travel. After all, culture is what makes each country unique and also plays a critical role in building the visitor economy.

So, let us agree that it is not the military or economic might, but culture of these countries that most impacts the wider audience. Plus, this also helps boost a better understanding of other cultures – which as we know, is the main purpose of traveling!

Relationship between culture and tourism

But of course, the two complement each other so much that there are countries that drive visitors only on the basis of these cultural resources.  Countries like Turkey, Australia, Austria, Greece, Italy, Japan, Korea, Mexico, Poland, Portugal, Romania and Slovakia capitalize on their rich culture to attract visitors although unfortunately most Asian countries, including Iran and Iraq (despite having a plethora of cultural resources) fall behind in attracting culture vultures. Are they going wrong somewhere?

Tourists are attracted to places of historical significance with a legacy of rich cultural heritage, because people love exploring monuments, castles and palaces, like Machu Picchu in Peru, Pyramid of Giza in Egypt, Great Wall of China, and Stonehenge in England or Dracula Castle, Ajanta-Ellora or Taj Mahal in India. Not surprising that many countries are actively developing their cultural assets as a means of developing comparative advantage in an increasingly competitive tourism marketplace.

Cultural tourism helps to build engagement – attractions such as historic buildings, archaeological sites (I particularly like them), national parks, art galleries or museums, concerts, musicals or ecological heritage sites form a huge part of that culture that drives tourists. These also help travelers learn something new (not much to learn at a beach destination, is there? Well, that is my personal opinion though) and gain enrichment.  It is well known that tourists (and travelers) often extend their stay just to “see more than they thought they would” and thereby put the money back into the local economy.

So what are the benefits? Well, culture and heritage tourism directly impact the economic, social and environment and thereby helps also preserve local traditions and customs.  UNESCO recognizes cultural heritage as being as important as buildings and a preservation of that helps promotes positive behavior, besides helping to improve the opportunities. There is of course every chance that cultural tourism can lead to “overkill” of visitors  – the classic example being Venice or Sistine Chapel.

The current Big 5 and why

China, South Korea and Japan are fast catching up. Hitherto a magnet for natural landscape (and shopping options) these countries are in a rush to show off their rich cultural heritage. With plenty of cultural and entertainment tourism demand Japan has plenty on offer – including many World Heritage sites, including the shrines of Nikko and pilgrimage routes in the Kii Mountain Range. China with its Imperial Palaces of the Ming and Qing Dynasties, the Grand Canal, the ancient city of Ping Yao, the Great Wall, are set to oust the popular contenders.

But that said, the continent of Europe tops the list of culturally rich countries. Let’s start with Italy – the inevitable the king of the tourism game, thanks to its notorious attention to detail that extends beyond fashion and food. Italy’s cultural and rich tradition can be seen on every wall, in every building and even in food. Italy has a great impact in everything that has to do with style.  France is modern, prestigious and fashionable, forcing the rest of the world to imitate their fashion and art, inspiring everyone worldwide with their food, art and fashion.

The French take extreme pride in their identity that has shaped the world – this includes the French language as well. Spain, once a world’s largest conquerors and empires, Spain has left a lasting mark across geographies from South America to the East Indies. From the Spanish language to religion, cuisine, festivals and many other aspects it is easy to find a piece of Spain anywhere in the world.  The United States scoring highly for being ‘modern’ and ‘influential in entertainment’ plus the country’s tech industry has made it a popular tourist spot, namely New York City that exemplifies these. The United Kingdom ranks for the ‘prestigious’ label.

Although London suffers from a lack of affordable housing, its abundance of museums, concert venues and theatres provides just the right environment to keep residents at the cutting edge of culture. Samuel Johnson famously said – When a man is tired of London, he is tired of life.

Travelling to experience different cultures also allows tourists to appreciate cultural difference as well as underlying cultural ties. In Australia and Canada, culture and tourism have been linked to the development of economic opportunities for indigenous peoples.

Cultural manyattas In Kenya were developed around the national parks to help the marginalized groups of the Maasai community. But thanks to the initiatives, the Maasai people can now earn from these special homesteads where tourists come to visit, hear and experience Maasai culture. Each manyatta has a central market where people sell their craft products. The cultural manyatta is a co-operative, and on arrival, each tourist pays an entrance fee. On entering, the tourists are welcomed with song and dance by Maasai women.

A resident guide will then show them around the manyatta, there are demonstrations of Maasai life and towards the end of the visit, the warriors stage a dance which the visitors are permitted to join. Tourists have unanimously agreed that these cultural experiences and interactions were more than satisfactory.

Rio de Janeiro develops their cultural attractiveness through showing off its Favela-Bairro project. Favelas are large slums and this project integrated the existing favelas into the fabric of the city through infrastructure upgrading. This has now become a huge tourist attraction.  The renewed attitude to the city’s poor, as well as the regeneration of their city engaged the local people with the authorities and raised pride and employment.

The growth of cultural tourism

Culture and tourism have a mutually beneficial relationship. Culture is an important element of the tourism product and at the same time tourism provides an important means of enhancing culture and creating income which can support and strengthen cultural heritage, cultural production and creativity. Earlier, the two were seen as separate aspects of a destination, but that has changed today. The inter relation between the two have become obvious and culture tourism came to seen as a major factor boosting economy.

The beaches are beautiful but there is a reason why Tuvalu doesn’t see many tourists and neither North Korea. Pitch this against The Vatican and you will see the reason for yourself. However there are many countries in the world that deserve more visitors than they currently get.

India
It is universally agreed that traveling through India is like traveling through many countries for the sheer variety you can find here. India also ranks 6th in the highest number of World Heritage Sites, but sadly that has not got the travelers thronging, despite amazing attractions like Taj Mahal, snow-clad mountains and wildlife. In fact, the number of international visitors to India average a third of Thailand’s annual visitors.

The Philippines
A glorious archipelago with miles and miles of pristine beaches, the Philippines certainly look enticing. It is cheap, great nightlife and stunning beaches but the number of visitors are sadly lacking.

Bhutan
A beautiful landlocked country in South Asia with a strong Buddhist culture, wonderful treks, remote forests and Himalayan kingdoms, there is a wealth of visitor attractions, yet the visitor inflow is wanting.

Zimbabwe
With vast landscapes, natural wonders, and mesmerizing wildlife, Zimbabwe should be a rival to South Africa and east Africa, but that is not the case. However, that is soon set to change.

Bosnia and Herzegovina
A country at the intersection of two great empires, with rivers and mountains and culturally rich capital Sarajevo, it has sadly lost out to Croatia (of all the former Yugoslavian states). However, the country is being touted as the future of adventure capital of Eastern Europe, so things are likely to change in the near future.